Everything You Need to Know About Kids Mouthwash 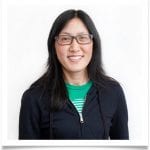 Connie is our Director of R+D, which not only means she created the formulations for our products, but that she has more degrees than a thermometer. One of her degrees is an MS in food biochemistry, and she was a research scientist in Pepsi’s Product Innovation Group before deciding to focus cavity prevention and optimized oral health. When she’s not climbing, hiking, ultra-marathoning, playing guitar or making awesome brownies with chickpea flour, she’s whipping up the most naturally friendly oral care products around. If you let us know you’re coming for a visit, Connie might be able to craft a custom paste for you….or maybe just rock some of her awesome brownies for you.

Got kid(s)? Well, then you know there are approximately ten thousand things to consider when working to make sure they’re healthy and happy. When specifically thinking about your kid’s oral care, most of your attention is probably focused on toothbrushes and toothpastes. Rightly so. But while brushing should be priority numero uno, mouthwash can be a formidably effective and dare-we-say fun addition to their sink time.

This is because despite their best intentions (and yours), a child wielding a toothbrush mayyyy leave behind some food particles or miss some areas. By following up brushing sessions with a kids mouthwash, they (and you) can ensure that all crevices in the mouth have been reached. We’re all angling to get them the biggest toothfairy haul, right?

So now you’re probably wondering: “Which types of mouthwash are safe for them to use? And where can you find a mouthwash that’s fun enough to make their swishlist?” More than fair questions. Let’s. Talk. Mouthwash!

Can kids use mouthwash?

Short answer: yes, but. Long answer: It depends on which kind. While some “adult” mouthwashes may be ok for kids to use, many of them aren’t. Your best bet is to stick to mouthwashes that are specifically made for kids. This’ll help ensure that you don’t have them using one that includes alcohol (although you should still check the ingredient list to be positive), which can sting and burn. Within the category of kids mouthwash though, you’ll need to decide between a fluoride and fluoride free option.

Generally, our take on the fluoride debate is simple: We believe in the rinser’s right to choose. But for kids, you want them to abstain from using a fluoride mouthwash until you’re 100 percent sure that they can be trusted to spit it out and not swallow it. Until that momentous day comes, we recommend you stick to a fluoride free mouthwash.

We also advise you to supervise while they go through their morning or evening swish. At the end of the day (or beginning), mouthwash isn’t meant to be swallowed regardless of fluoride content. And while they can probably beat you at videogames already, they could really use some supervision when they’re swishin’.

Once you’ve made sure you’re only choosing from kid’s mouthwashes and sussed out the whole fluoride/no fluoride thing, the rest is really just fun and games. Or at least you should try to make it be fun and games, because kids need to look forward to swish time if you want them to adhere to it in a consistent and gripe-free way.

The best way to make rinsing fun for kids is to make sure that they’ve got some agency in the process: Find a mouthwash flavor that they love. Or better yet, encourage them to choose which one they want to use on a given day. Heck, maybe let them combine two flavors if they’re the creative type. We’re pretty sure da Vinci used to do that, too.

Look, we love our products. We’re nearly as proud of them as you are of your kids. That’s because we’re committed to using as many friendly ingredients as possible in our stuff. Figuring out how to please four different pallets at dinnertime = more pressing than poring over kids mouthwash labels, right?

In addition to using thoughtful ingredients, the big thing about our kids mouthwashes is that they come in the sort of yum-inducing flavors your youths are clamoring for. Seriously, run our watermelon mouthwash past the jr. sommelier in your family and then get back to us. If their review is anything short of a big shiny grin, we’ll be surprised. Or if they’re tall enough to ride the ride and able to spit out on their own, let ‘em try hello strawberry fluoride rinse. Because boy, is it ever a ride.

So, here’s to kids with strong opinions and stronger smiles. Find some safe swishing options and then have them choose which one they want to go with. Now that’s what we call a unanimous spit decision.

products mentioned in this article 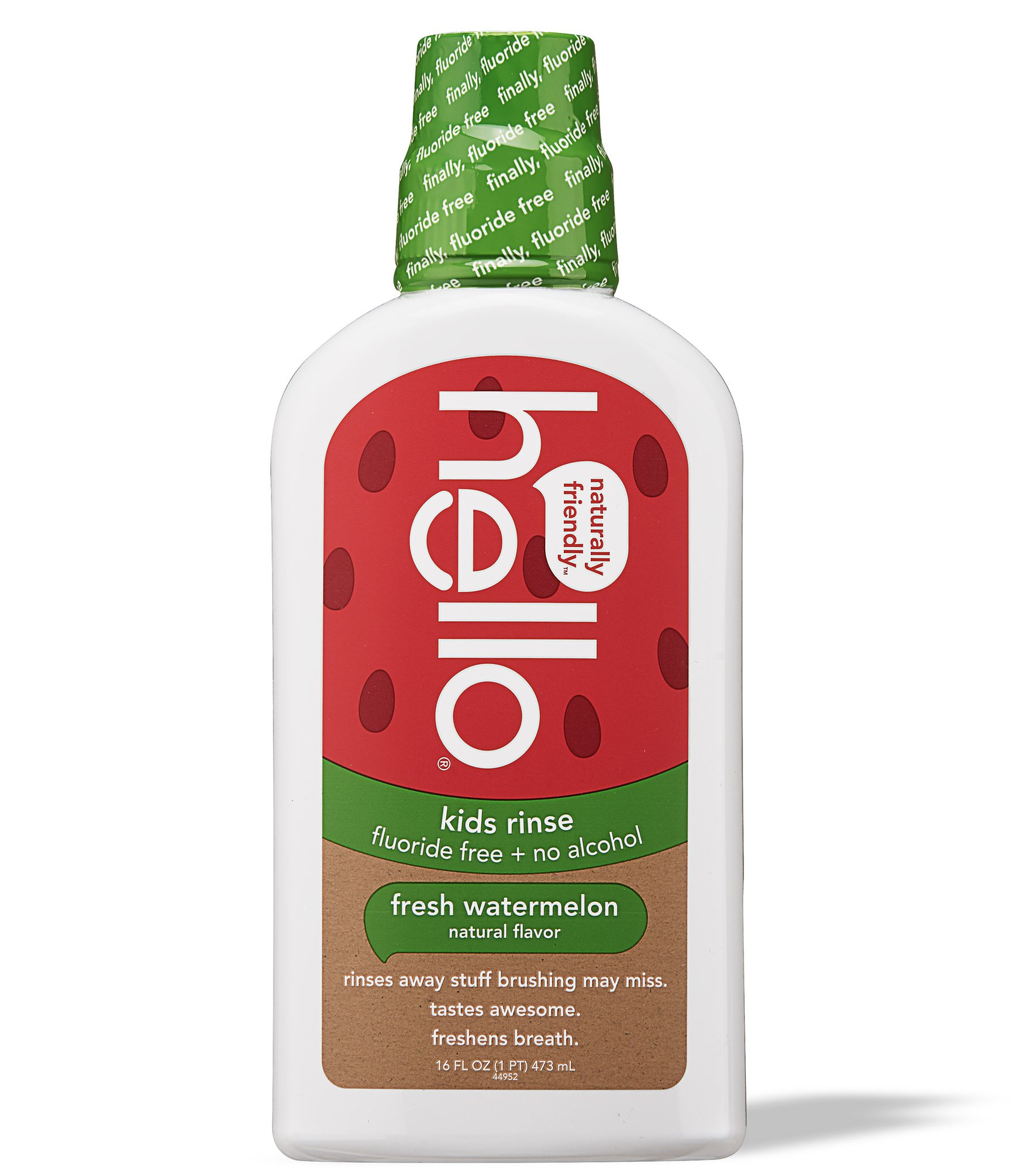 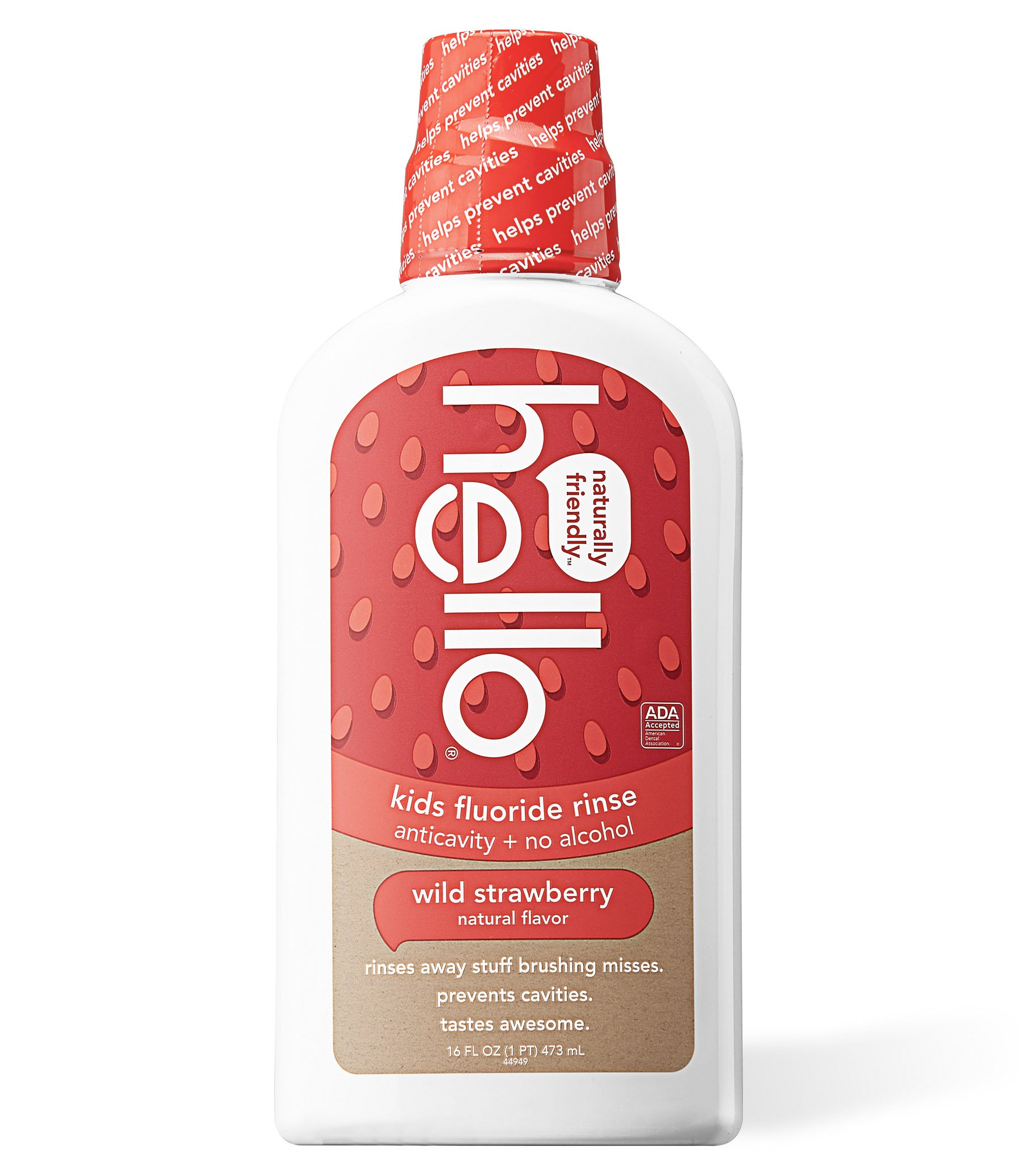 $5.99
check out more articles
Naturally Friendly vs. Traditional Deodorant?
Don't Fear the Cleaner: How to Get Over Your Fear of the Dentist
Dental Savings Plans vs Dental Insurance